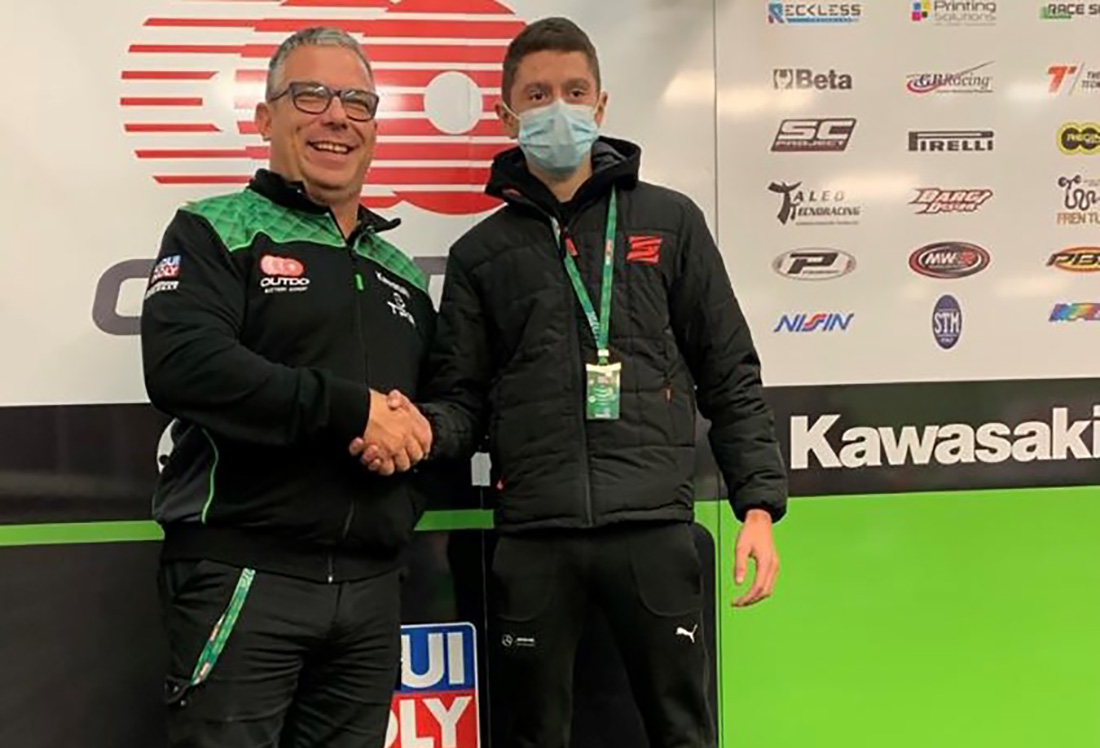 TPR OUTDO Pedercini Racing is pleased to announce that they will be represented on the 2021 FIM Supersport 300 World Championship grid by Johan Gimbert. The French teenager, son of former racer Sebastien, joins the Italian squad for his second full season of WorldSSP300 competition.

With a successful pre-season test already under his belt at the Alcarras Circuit in Spain, Gimbert, who scored eight points during his maiden World Championship campaign thanks to fourteenth and tenth place finishes at MotorLand Aragon (Teruel Round) and the Circuit de Barcelona-Catalunya (Catalan Round), is raring to go.

Johan Gimbert:
“I am really happy to be racing with Pedercini Racing next year. The team is very good and has been in the paddock a long time. Our first test was good. I had a good feeling with the bike and the team who worked extremely hard and in a good way which I like. I’m now working on my physical strength at home in France so that I am stronger and fitter, to be able to give the best I can. I will also go to Majorca to train with David Salom, so I have everything I need to be fast next year. I cannot wait to start the season. See you all at the circuit!”

Lucio Pedercini – Team Owner:
“I am happy to announce that Johan will join our team for next season’s World Supersport 300 Championship. I have known his father Sebastien for many years and it’s clear to see from our first test together that Johan is a good choice for us. He has a lot of natural talent which we hope to be able to nurture. We are delighted to welcome him into our team.”