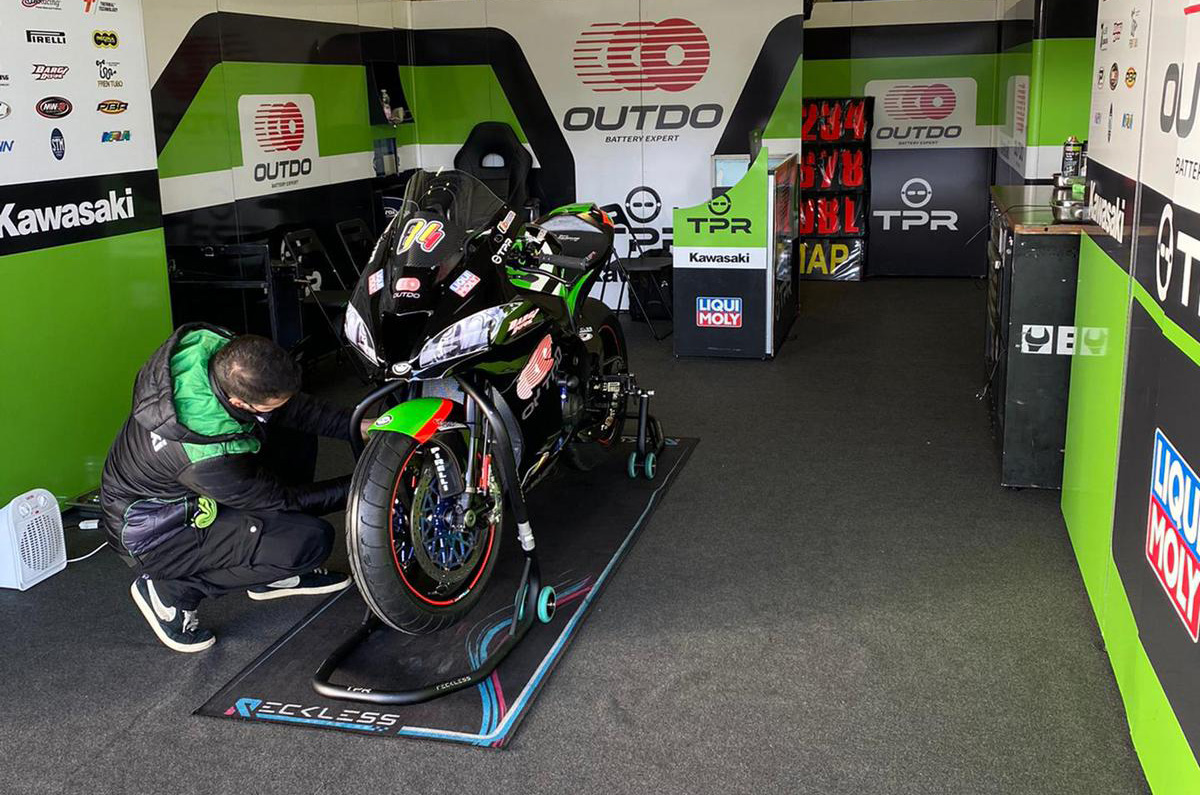 The planned two-day test at the Jerez Circuit in Southern Spain which should have seen OUTDO TPR Team Pedercini back on-track for the first of several pre-season tests has unfortunately been cancelled due to bad weather.

Whilst naturally disappointed to postpone their first 2021 outing, the squad made the decision to avoid wasting one of their limited test days and will now focus on a revised test schedule ahead of the FIM Superbike World Championship season opener at the TT Circuit Assen in the Netherlands in April.

Lucio Pedercini – Team Manager:
“It’s been frustrating for everyone over the last two days and I know Loris was keen to ride again but in the end the weather stopped us. We waited until the final moment, hoping the weather would improve enough for Loris to ride but in the end, it was not possible. The track was damp and not fully dry so what would Loris benefit from riding in less than perfect conditions? With Johan Zarco and Michele Pirro several seconds off the pace we saw no point in losing two test days from our allocation. We now need to evaluate when and where we will test before what already had planned at the beginning of March, but we need to time to see when and where it could be possible.”

Loris Cresson:
“It’s not great to start the year like this but it is how it is and was the same for everyone. On Tuesday when it was clear we couldn’t ride I went back to the hotel and to the gym. I was hoping to ride on Wednesday but unfortunately the weather was still against us. Nevertheless, it was great to meet the team again and I am even more excited to get back on track as soon as we can!”