Samuele Cavalieri Learning With Every Lap 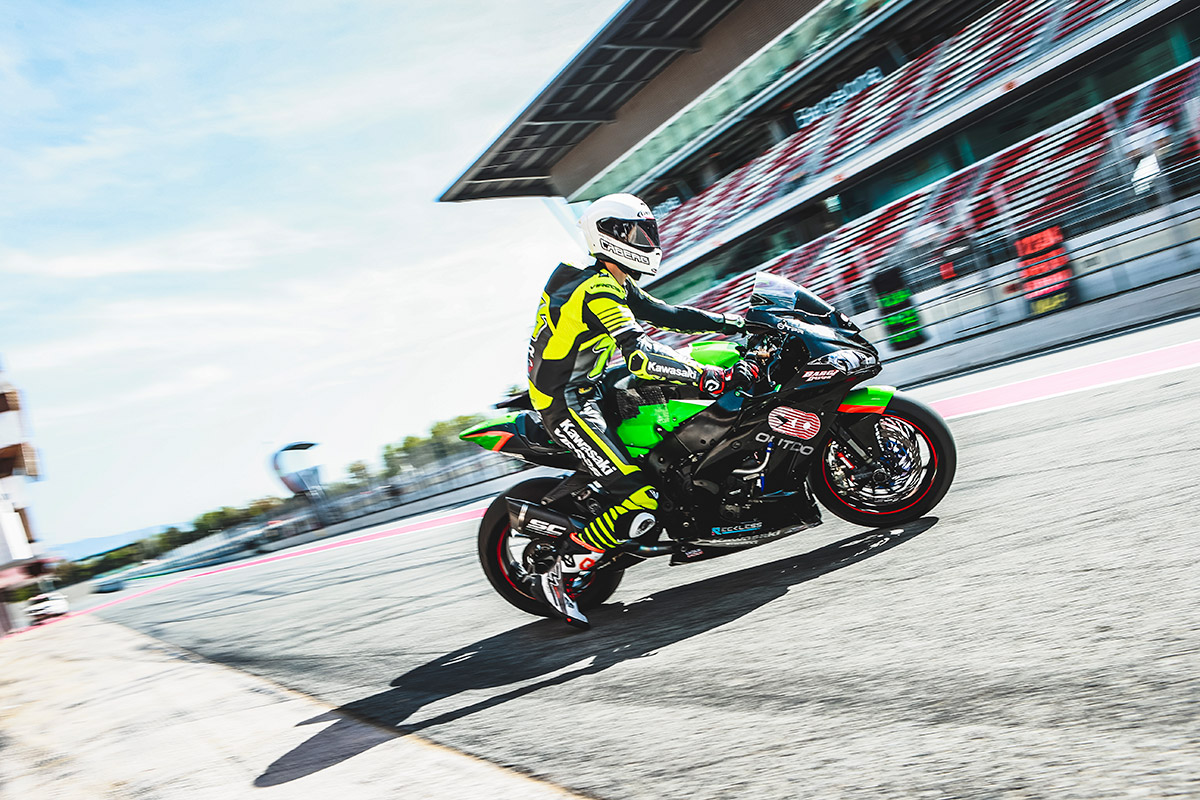 Samuele Cavalieri and TPR Team Pedercini have concluded the #CatalanTest in a positive way, the #76 Kawasaki rider completing 157 laps across two days of intense on track action. By coincidence on Day 1 he completed 76 laps, which just happens to be his race number, ultimately improving his lap time by a third of a second as the final day ended.

Cavalieri, who will join Loris Cresson aboard the latest Kawasaki ZX-10R in 2021, continues to adapt to what is a new machine for him this season, but both Team Owner Lucio Pedercini and Rider Coach David Salom are pleased with the Italian youngster’s progress.

Whilst the opening day of the test enabled Samuele to ‘get comfortable’ on the bike, today’s second eight-hour session allowed him to push from the beginning, matching his Day 1 time almost immediately before bettering it before the halfway point.

Having used the 2020 specification machine, TPR Team Pedercini will now prepare the latest models for both riders before taking to the track for their final pre-season preparations in the coming weeks.

Samuele Cavalieri:
“The first day was good but it’s such a long time since I rode a Superbike, in fact it was October! I used the day to build confidence with the bike and also my personal confidence. The bike worked well but we had a small problem in the morning, but the team quickly fixed it and I was able to make a lot of laps, improving step by step. At the end of the two days, I am not completely satisfied because I wanted more but the important thing is that we made a good step, and we understood a lot of things. I am looking forward to trying the new bike as soon as possible. I want to say a big thanks to the team and all the sponsors.”

Lucio Pedercini:
“I am confident after this test that Samuele will make a good season. You have to consider that he rode with a different manufacturer for several years and it’s not easy to learn a new bike, and it’s even harder when you haven’t been able to ride for almost six months. This was our first test, and we know there is a lot to learn but it is encouraging to see Samuele taking all of the direction that he is given, and we end the two days with a nice improvement in the lap time.”