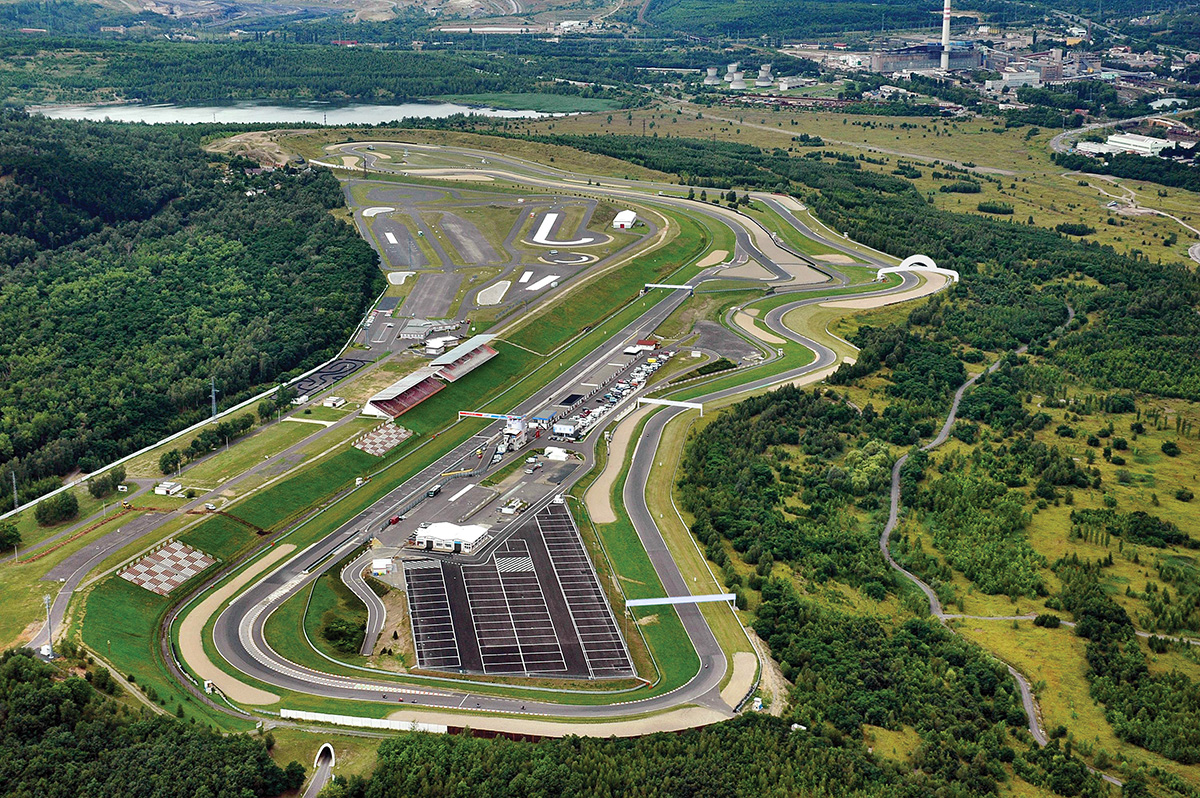 The FIM, the Autodrom Most and Dorna WSBK Organization (DWO) have announced a new agreement that will see the MOTUL FIM Superbike World Championship race in Czech Republic from 2021. The five-year agreement means the Czech Round will be included in the WorldSBK Calendar until 2025 with the announcement made at a presentation in Prague on Thursday 29th of April.

The Autodrom Most will host the Czech Round for the first time as it joins the WorldSBK calendar with the Czech circuit hosting the sixth Round of the 2021 season from the 6th to the 8th of August. All three classes as well as the Yamaha R3 bLU cRU European Cup will compete at the Autodrom Most, which includes two Czech riders in WorldSSP300 with Petr Svoboda and Oliver König as well as the Jakub Smrz-run Accolade Smrz Racing team.

Located near Prague, the Autodrom Most was opened in 1983 and was then the first permanent motor racing complex in what was then known as Czechoslovakia. The circuit has already hosted many motorsport events including national motorcycle championships and will be a new, exciting addition to WorldSBK in 2021; while the Championship venue fits within the circuit’s commitment to be part of the sports, social and cultural life of the region. The event will also be broadcast live on Czech channel Nova Sport, following a five-year agreement with DWO.

Due to the ongoing COVID-19 pandemic, the FIM, the Phillip Island Grand Prix Circuit and DWO have agreed there will be no 2021 edition of the Australian Round. We will now work for a return to the iconic venue in 2022 in the most successful way as the first event of the 2022 Championship.

Josef Zajíček, Autodrom Most Chief Executive Officer:
“This is a milestone and a unique event during Autodrom’s history of almost 40 years. We are becoming organisers of World Championship races for the first time. This fact places demanding technical and organisational requirements on us. Nevertheless, we are happy to take up this challenge. Our objective is to open our complex to the general public, which is why we have to offer the best-quality events possible to our racing fans; the MOTUL FIM Superbike World Championship indisputably belongs to such events. We will make sure that the riders, teams, partners, sponsors as well as spectators may be absolutely satisfied with us and look forward to the next edition of this fantastic display of powerful machines and brave riders.”

Jan Šťovíček, Czech Republic Autoclub’s president:
“Speaking for the Autoclub of the Czech Republic, the nation’s authority for motorcycle sports, I’m delighted to see Czech fans at a Czech track enjoying world-class motorcycle road racing, and I’m equally glad that I could contribute to this event. Naturally it’s a win for the promoter of the MOTUL FIM Superbike World Championship too: acquiring a new route with an attractive profile and an experienced organising team is not easy at the moment.”

David Bennett, Phillip Island Grand Prix Circuit, General Manager:
“Phillip Island has hosted more World Superbike events than any other circuit in the world. We agree that now is the time to focus our efforts on the Official Test and season opening Round in 2022. The decision not to run a round in 2021 will not adversely impact the continuation of the event. The event is secured for the Phillip Island Circuit until 2027.”

Gregorio Lavilla, WorldSBK Executive Director:
“We are thrilled to welcome the Autodrom Most to our calendar for the next five seasons. Today’s announcement that WorldSBK is set to return to the Czech Republic for the first time since 2018 reflects the continuing popularity of the Championship among the Czech fans. With Czech teams and riders within the paddock, this is a great opportunity to showcase the Czech Republic on a world stage and I trust the Autodrom Most will be hosting exciting events in the future. Regarding Australia, all parties involved decided that analysing the latest changes in all major motorsport events and with the current uncertainty related to the pandemic, the best solution was to move the event to our usual start-of- the-season date in 2022. We look forward to returning there next year with the Australian Round a key event of the Championship.”

With the 2021 season set to begin in less than a month, the FIM and Dorna WSBK Organization are constantly working with Government Officials and Circuits in order to continue putting everyone’s safety first. Any further updates to the 2021 WorldSBK calendar will be communicated accordingly.