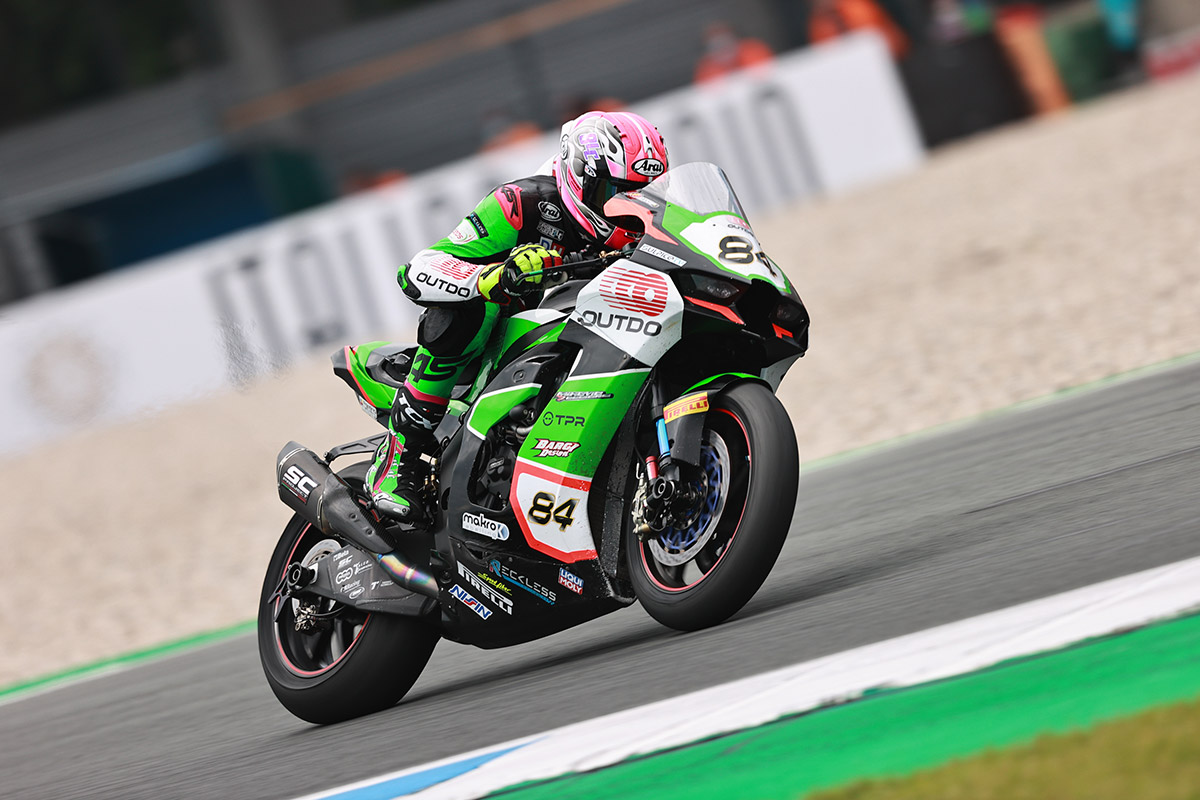 Outdo TPR Team Pedercini have secured a double points finish in the WorldSBK and WorldSSP300 championships in the latest round of both series at the iconic TT Circuit Assen.

In World Superbike, Loris Cresson became the first Belgian in more than a decade to score points in the series, racing to thirteenth in Race 1 on Saturday. He struggled to find feeling on Sunday, ending both the Superpole race and Race 2 in seventeenth position.

Teenager Johan Gimbert overcame a tough qualifying to secure his first points with the team in thirteenth position in the opening Supersport 300cc encounter after a hard-fought encounter saw him improve significantly in terms of pace and position. He made similar progress in today’s second race, eventually finishing in eighteenth, narrowly missing a point scoring position.

The team now reset and move to a new circuit in the Czech Republic – Most Autodrom in a fortnight, keen to build on their Dutch success.

Johan Gimbert:
“So many riders were riding in a crazy way in qualifying and I wasn’t able to make a fast lap. This meant I was P30 on the grid. I was able to make a good start in Race 1, but one rider put me out at Turn 3. I was able to fight in the second group and faster than many riders in the group, passing many riders on the brakes. I was able to finish P13 and score three World Championship points which considering the start of the year is like a mini victory. We are coming closer to the front, and this is important. I want to thank all of the team for continuing to push and see you in the Czech Republic.”

Loris Cresson:
“The weekend was a bit strange. We weren’t too far away but I didn’t find the feeling at all. We tried something in qualifying and was able to improve but we did the best that we could. In Race 1 I made a bad start and tried to push. I did my best, and I am happy with how I rode considering everything and of course to take my first points in the World Championship is special, but I want more. Sunday was difficult. We really struggled to find a good solution and moving forward we will focus and work hard on adapting certain parts to suit me better.”