Czech Republic was challenging, but progress was made 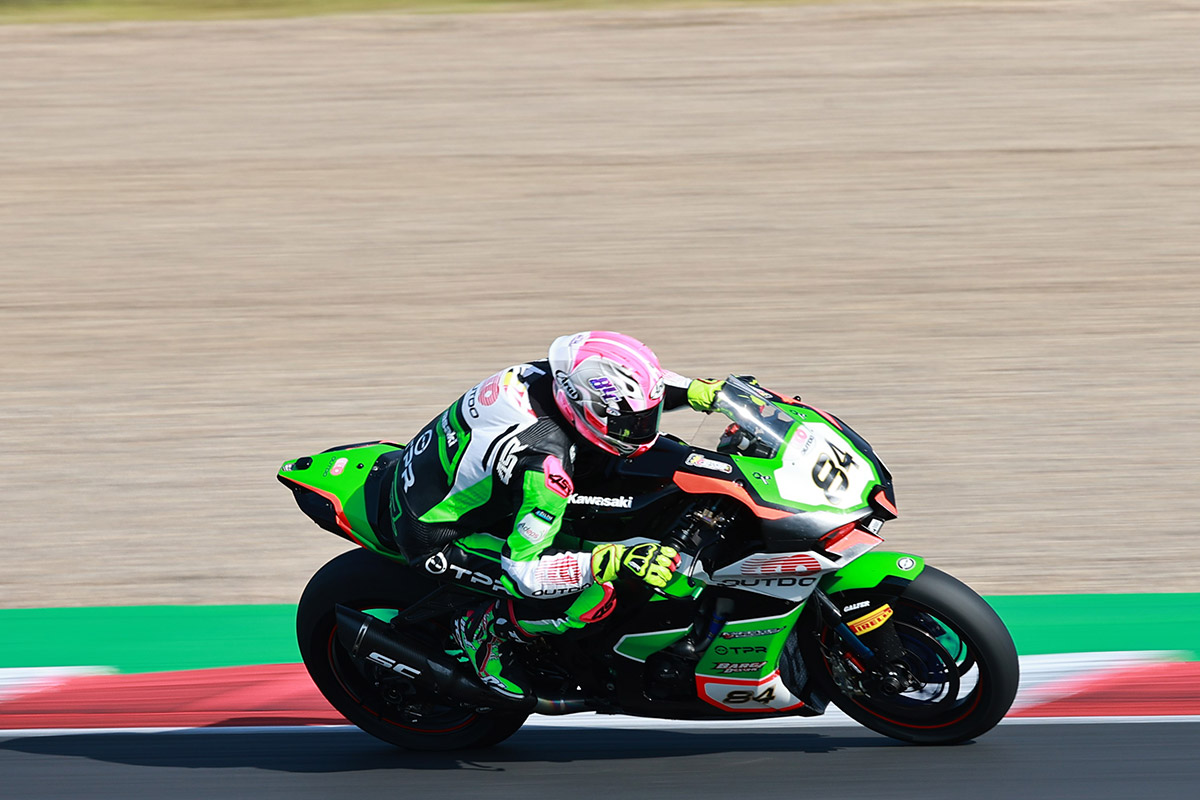 Outdo TPR Team Pedercini were back in action in the latest round of the FIM Superbike World Championship at the Autodrom Most in the Czech Republic this past weekend with riders Loris Cresson, Jayson Uribe and Johan Gimbert once again flying the team’s flag.

Most Autodrom, a new venue for the majority of riders presented a new challenge for the trio, with rainfall on Friday limiting the laps made by all three. Nevertheless, step by step, the #84, #14 and #7 were able to comfortably qualify for their respective races, making significant improvements throughout the weekend.

In WorldSBK, there was double disappointment in Race 1 with debutant Jayson Uribe crashing along with Loris Cresson, who was running strongly inside the points scoring positions. Sunday brought better results with both riders able to finish inside the top twenty in the ‘sprint’ race, whilst in Race 2, Loris finished nineteenth with Jayson twenty-first.

In WorldSSP300, French teenager Johan Gimbert raced to P23 and P22 in the two fourteen lap encounters. He looks forward to his home race in France, the next venue for Supersport 300.

Loris Cresson:
“We lost a full session on Friday which put us on the back foot but in the first race I made a really good start and was able to fight hard with several riders. My rhythm was good, and I was running inside the points but unfortunately, I crashed. It was my first crash of the year and disappointing and I don’t really know why I crashed but it’s like that. In the Superpole race we tried something different, and it didn’t make much of a difference. We were unable to make much of a step in Race 2, but we are at least continuing to move forward. We need to keep working to find more time, because when are more consistently fast we can score points. The team worked hard as always, and we will go again in Spain.”

Jayson Uribe:
“Unfortunately I crashed in the first race and so did Loris. I was fine and so was the bike, but we made a step and my pace considering the lack of time on this kind of bike was not too bad. I really wanted to focus on eliminating mistakes in the race but sadly I went down. Race two went better, and I cannot really complain. It was a real eye opener and I learned so much. I cannot thank Outdo TPR Team Pedercini enough for the opportunity to join them and I am already looking forward to getting back out on track in Spain in a fortnight.”

Johan Gimbert:
“It was a tough race as I struggled in the qualifying. I made a good start and passed people into the first corner, and I was able to fight in the mid-pack. The bike setting was coming better in the race, and we decided to try some new things for the second race on Sunday. Once again, I made a very good start, and I was able to pass more than fifteen riders in the first sector but after that it was difficult for me to follow the group. I gave my maximum throughout the race but finished P22. I’m not happy because it has been difficult to find the best setting, but I will now rest and focus on Magny-Cours, my home race in France!”