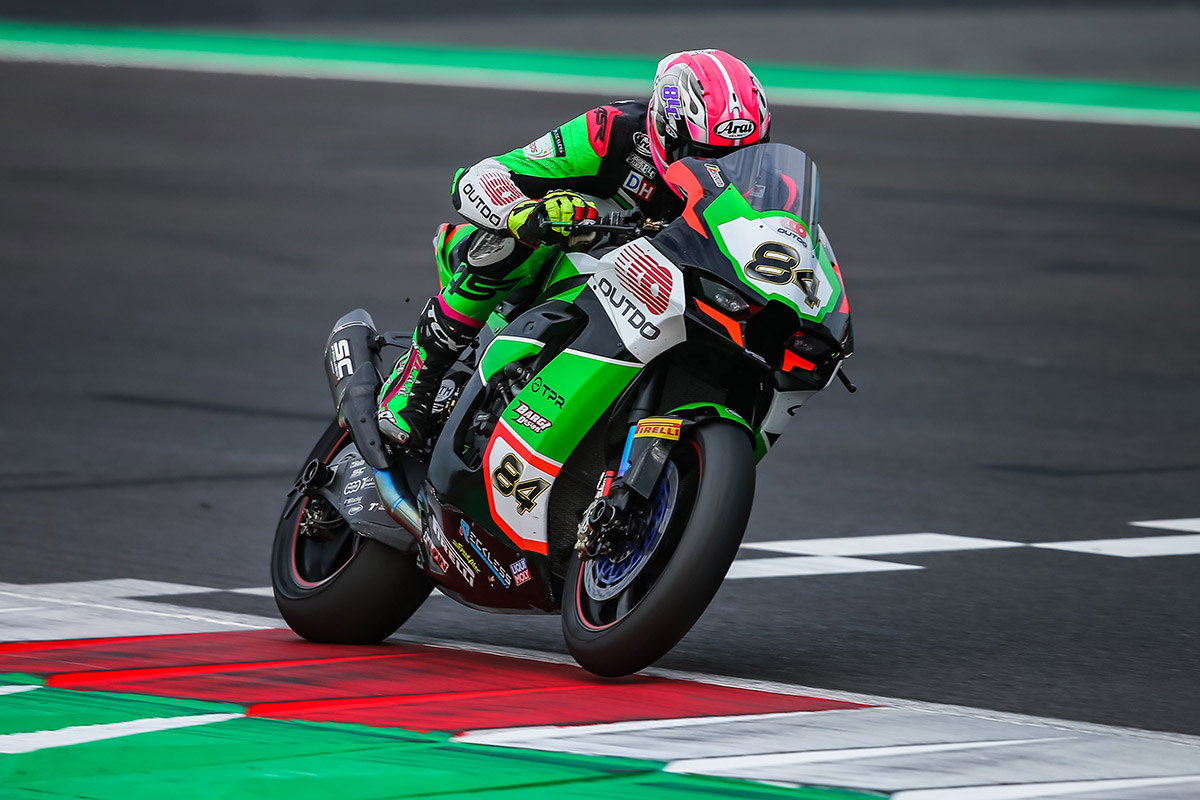 Outdo TPR Team Pedercini were back on track at the Circuit de Nevers Magny-Cours in France this past weekend with Loris Cresson and Johan Gimbert.

After a wet start to the weekend, both riders made a significant step in the dry conditions to qualify well ahead of their respective WorldSBK and WorldSSP300 races.

Saturday saw Loris race competitively, putting in his strongest performance of the season in terms of speed and lap times compared to the leaders. On Sunday he also rode well finishing the Superpole race and Race 2 in positions twenty and eighteen respectively.

After a high-speed crash in Superpole Johan started from P19 in both Supersport 300 World Championship races. He also unfortunately crashed in Race 1 when fighting for the points but regrouped to finish twenty-third on Sunday after another hard-fought race.

Loris Cresson:
“Qualifying we made a step with the tyre which is the first time this year we have been able to do this. In the race we raced hard with the others for the entire race. My rhythm was good, and I was consistent, and my feeling was much better. Honestly, I was disappointed with Sunday. We made a good start in the Superpole race and after a strong start I was pushed wide and lost too much time. Race 2 was similar. I made an ok start, but I lost places in the straight and we were unable to fulfill our potential. Overall, we have to be happy as we showed on Saturday that we can run with the group but today didn’t end as we expected.”

Johan Gimbert:
“Race was started well. I made a good start and was running inside the points but then I made contact with another rider, and I crashed. In Race two I also made a good start but for some reason I lost a lot of speed on the straights, and I finished outside of the top twenty. I am really frustrated because I know I could have finished inside the top ten. We focus now on the next race in Barcelona.”