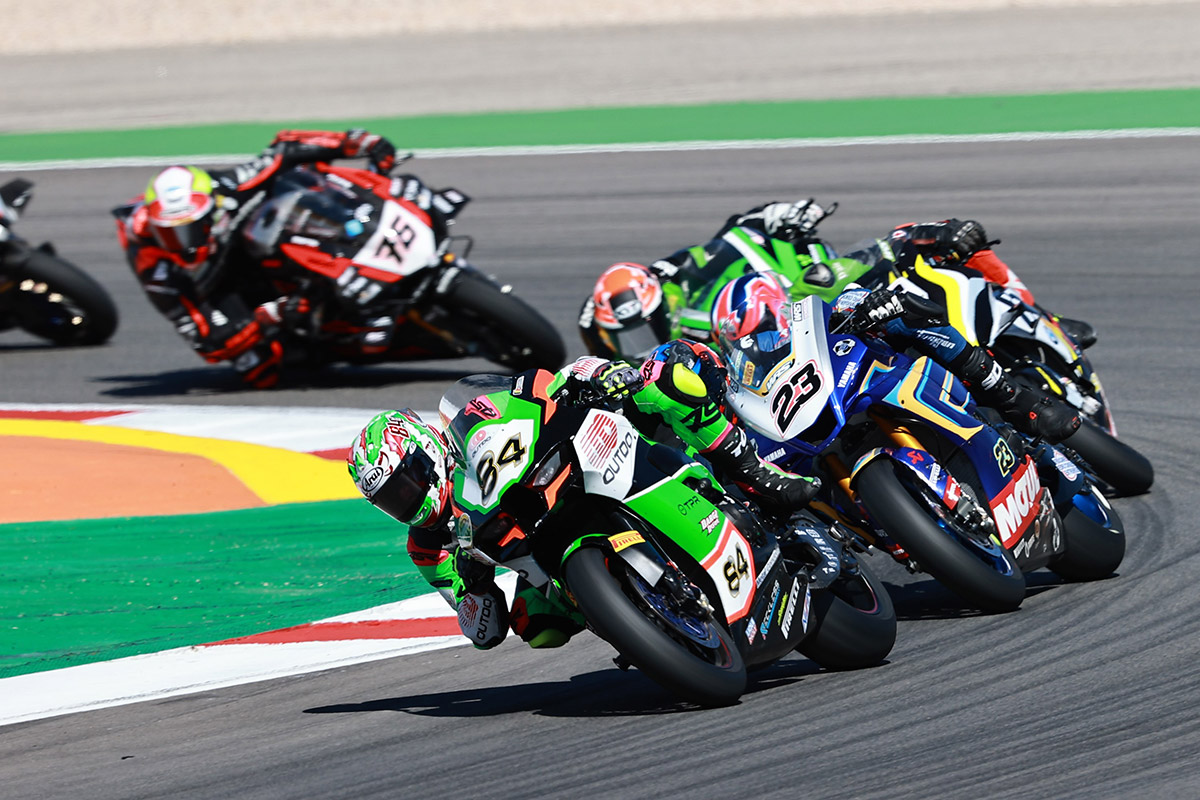 The final European WorldSBK event of the season at the Portimao Circuit in Portugal, heralded little reward after a successful start to the weekend for the Outdo TPR Team Pedercini squad who, after narrowly missing out on a World Championship point by the smallest of margins on Saturday in the opening WorldSBK race, saw both World Superbike riders, Loris Cresson and Lachlan Epis fail to finish on Sunday.

It was Loris Cresson that brought the team their best result – P16, whilst on the other side of the Superbike garage Lachlan Epis was unable to complete the three races.

In WorldSSP300 Johan Gimbert rode well all weekend, finishing Saturday’s opening thirteen lap encounter in seventeenth, before also crashing out on Sunday after a strong race saw him fighting for championship points until he slid out of contention.

Loris Cresson:
“Luck is definitely not on our side. We had a good opening day and then we made P17 on the grid, which was my best qualifying of the season. We knew we had a real chance to score some points and for most of the race I was in the fight twelfth or thirteenth but with five laps to go I started to lose power and finished sixteenth, losing a point on the line. Sadly, on Sunday I went down early in Race 2 and was transferred to the medical centre for further checkups. Hopefully everything is ok, and I will be fit to ride in Argentina.”

Lachlan Epis:
“The silver lining on Saturday was that I was able to run closer to the guys in front but overall, it was a disappointing day. Sunday was a difficult day. I crashed on the out lap in warm-up which is never good and then we had technical issues in Race 2. I have enjoyed my WorldSBK debut with Outdo TPR Team Pedercini and I thank them for the opportunity.”

Johan Gimbert:
“Qualifying wasn’t bad, but I got caught in some traffic. I made a good start and was fighting for the top fifteen, but I lost too much time behind one rider. We were close to the points, and I really wanted to finish the season inside the top 15. Unfortunately, I crashed towards the end of the race on Sunday. It’s not how I wanted to end the year that’s for sure. I want to thank the team for everything this season and wish them the best for Argentina and Indonesia.”