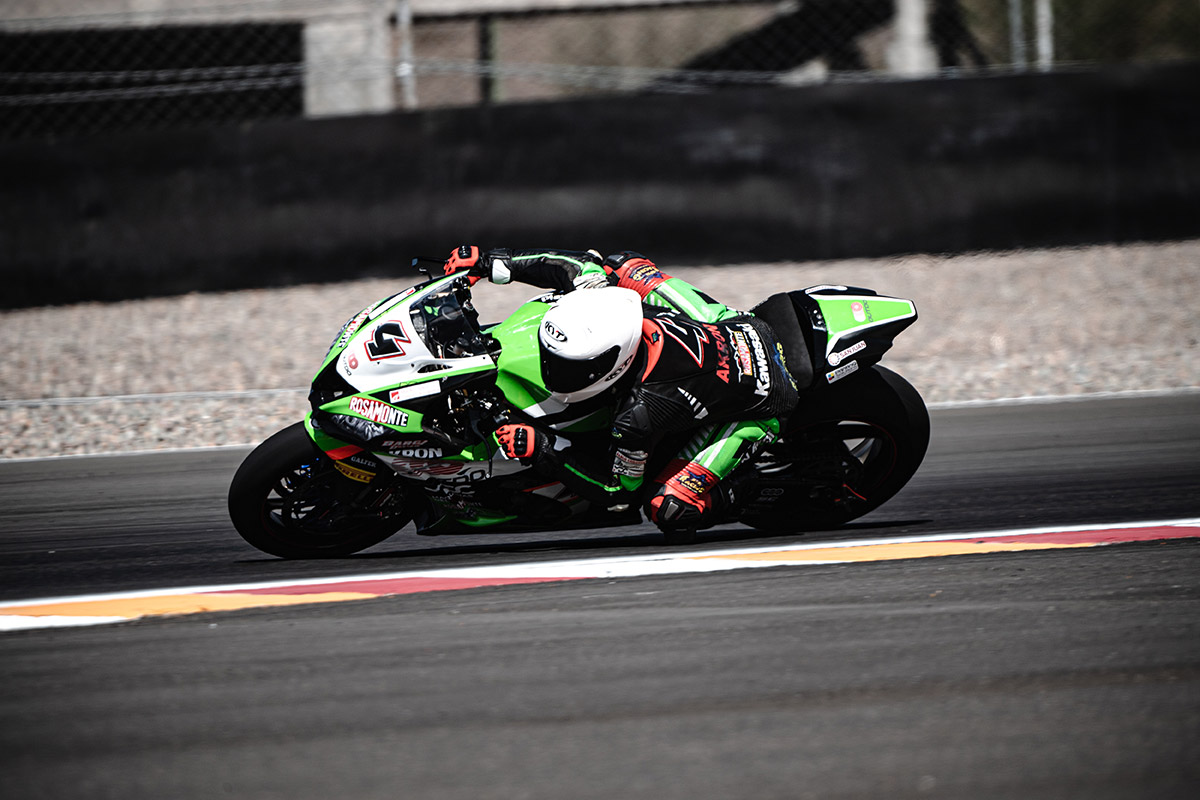 The penultimate round of the 2021 FIM Superbike World Championship saw Outdo TPR Team Pedercini field two Argentine riders – Luciano Ribodino and Marco Solorza – in the Argentinean Round of the series at the San Juan Villicum circuit.

For both riders it was their debut in WorldSBK, and the team wishes to thank both for their professionalism, dedication and hard work throughout the event. For Ribodino and Salorza, it was a weekend to remember, especially as they took part on the Paddock Show on Saturday evening, where they received a rapturous applause.

Whilst neither scored championship points they can be proud of what they achieved.

The team now looks ahead to the final round of the championship at a new circuit for WorldSBK – the Mandalika Street Circuit in Indonesia in the middle of November.

Luciano Ribodino:
“I was happy to finish my first race in World Superbike. It was very hard physically but I enjoyed it. In the Superpole race I improved my lap time and finished P19 and in Race Two and was able to pass Marco on the final lap. I want to thank Outdo TPR Team Pedercini, my sponsors and my family.”

Marco Salorza:
“I am very grateful to Outdo TPR Team Pedercini for giving me the opportunity to race in the World Championship. The races were hard but I learned a lot. It has been great to learn to ride a new motorcycle and I want to thank everyone for making it happen. I also want to thank the fans who were amazing.”