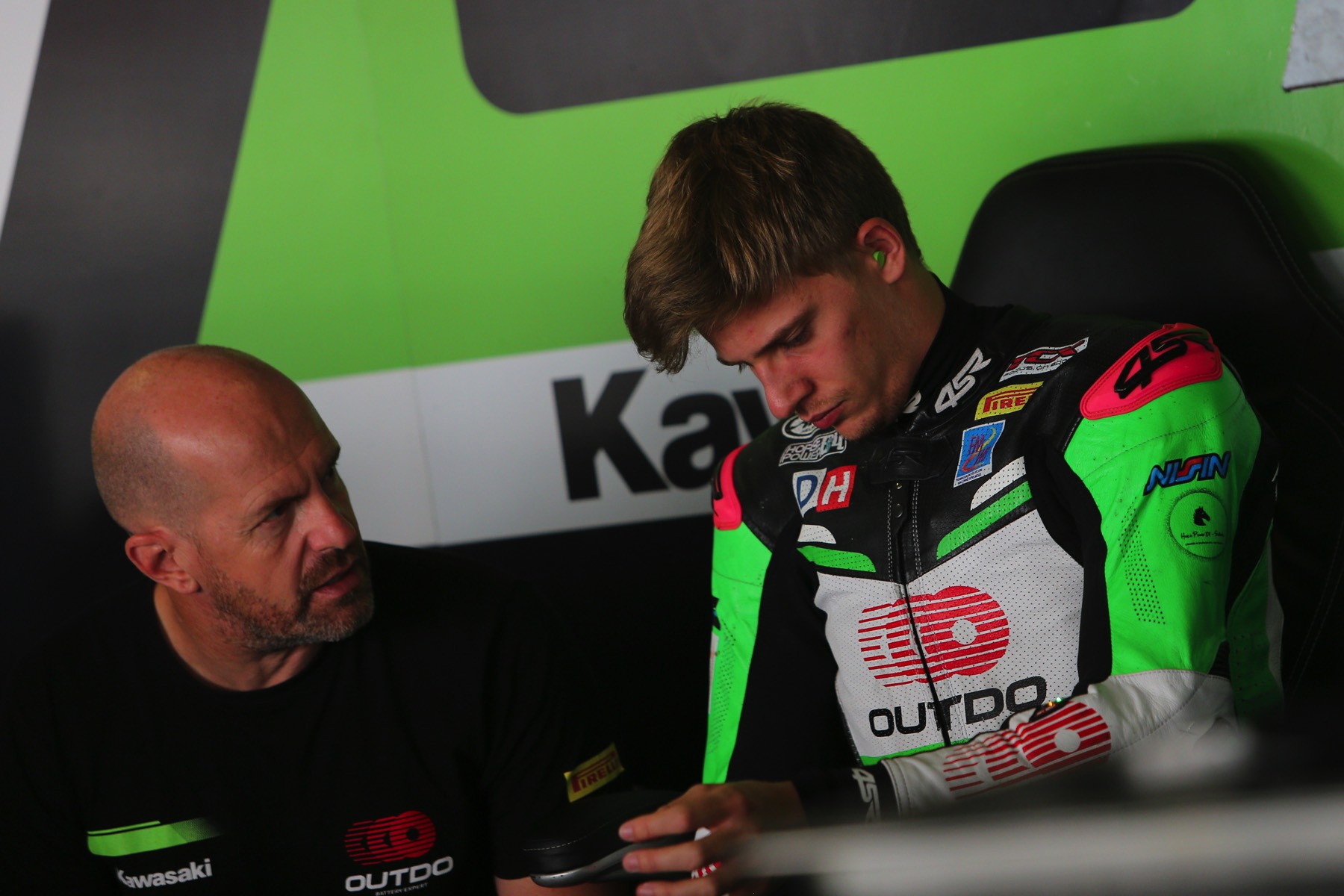 Outdo TPR Team Pedercini are disappointed to announce that sadly Loris Cresson will not compete in the WorldSBK season finale at the Mandalika Street Circuit in Indonesia after being declared medically unfit.

The young Belgian rider had, along with the team, been hopeful of a racing return following the injury sustained at the Portuguese Round, when he was taken out by another rider.

Absent in Argentina, Loris returned to the gym last week undergoing light physical training and did everything possible to allow him to race in the final round of the 2021 FIM Superbike World Championship. Sadly, the #84 began to suffer as he increased his work out, leaving doctors with no choice other than to prohibit him from racing.

Outdo TPR Team Pedercini wish to send their best wishes to Loris and look forward to seeing him back on track when testing for the 2022 season begins, hopefully before Christmas.

Loris Cresson:
“To miss the final race in Indonesia after being forced to miss Argentina is really hard for me to take. I was confident about the final medical check, especially after I began some light training. As I started to push more, I started to feel a lot of pain. On the bike I can only imagine it will be worse than I feel under a light stress and after consulting with my doctors and after talking to the WorldSBK medical team, the right decision is to not travel to Lombok and to fully focus on being ready for the 2022 season. I am disappointed as the team and I were making good progress. I am sorry for them that we must end the season this way. The risk if I crash would be more damaging for my future and so I will respect the decision of the doctors and not travel. I want to wish Outdo TPR Team Pedercini the best for the event and to Dorna because I really wanted to part of WorldSBK returning to Indonesia.”

Lucio Pedercini:
“Firstly, I want to wish Loris a speedy recovery. This is the most important. He is a young rider with a bright future, and we need him to be ready for our second season together in 2022. On the other side, I was surprised, like Loris was, to hear what the doctors have said, but upon evaluating the medical certificate it is the right decision for him to remain in Belgium. We have sent everything to Indonesia to run with two bikes and have the full team flying out in the next day or two. I honestly don’t know what we can do so close to the event to find a replacement, especially with the protocols in place for us to travel. Again, all I can say is that we wish a quick recovery for Loris, and we will focus on supporting Oliver Konig at the final round of the season!”