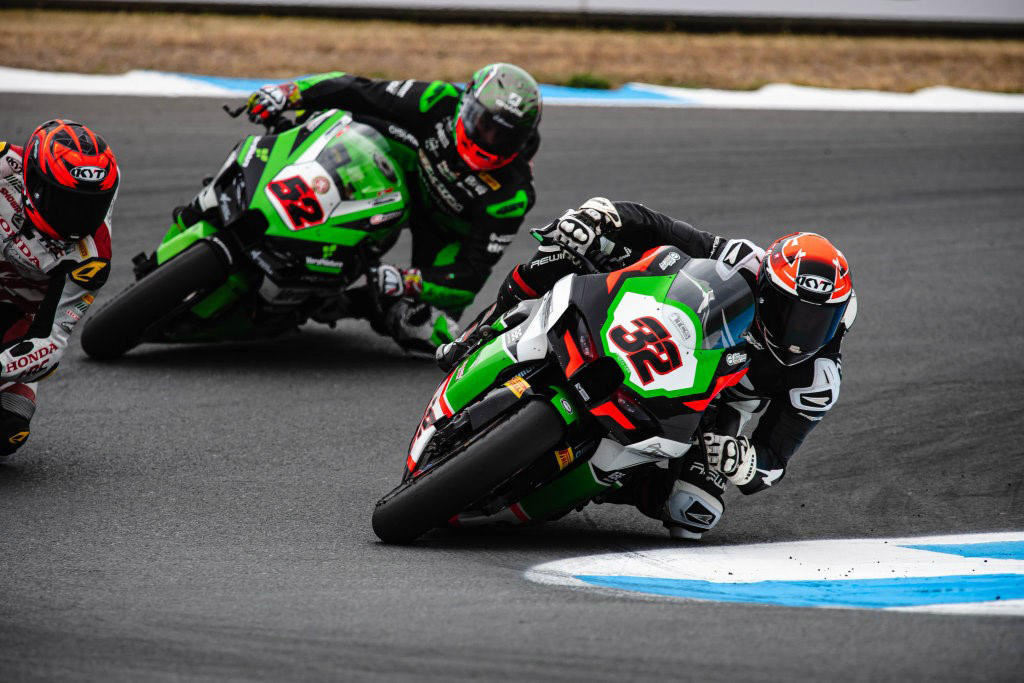 TPR Team Pedercini were back in action for Round 3 of the FIM Superbike World Championship with Spanish rider Isaac Vinales aboard their ZX10-RR Kawasaki.

Qualifying P21, Vinales suffered a technical issue in Saturday’s opening race but was able to persevere, crossing the line twenty-first. He finished thirteenth in the Superpole Race on Sunday morning before crashing out of Sunday’s feature race, thankfully without injury.

Lucio Pedercini:
“It was nice to be able to welcome Isaac to the team in Estoril. He worked well with us but unfortunately we had a technical issue which put us out of contention in Race 1. Isaac showed his potential with a strong ride to P13 in the Superpole race and sadly crashed in Race 2. We will now look ahead to Misano with Leon Haslam returning to the team for our home race.”

Isaac Vinales:
“Honestly the weekend went quite well despite the small issue we had on Saturday and the crash on Sunday. I was able to work well with the team and it was really good to be back in the World Superbike paddock. Let’s see what the rest of the season has in store.”