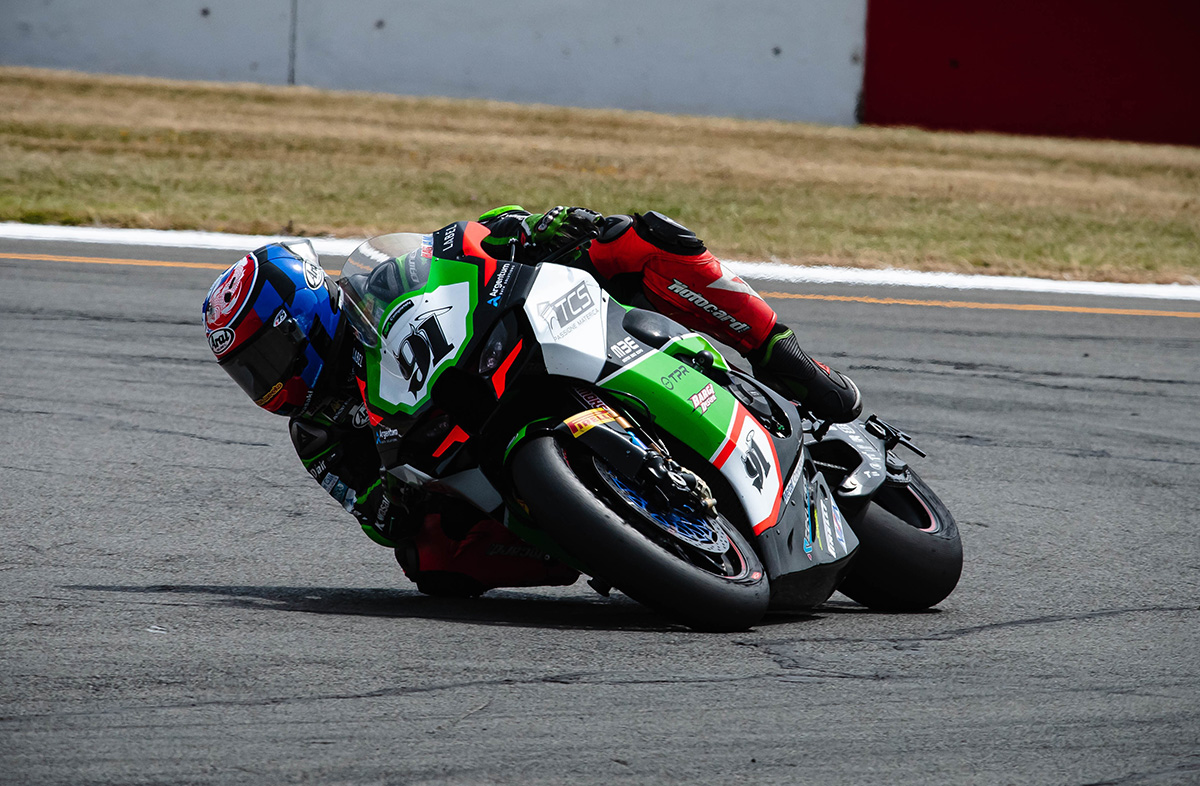 TPR Team Pedercini leave the UK Round of the 2022 FIM Superbike Championship with another point scoring finish, although the result is bittersweet after Leon Haslam was forced to retire from Sunday’s race two.

The team’s rider, #91 Leon Haslam, has a lot of experience at the 2.5-mile Donington Park circuit, and he put that experience to good use during Free Practice on Friday, before qualifying a solid fifteenth on Saturday morning.

Race 1, also held on Saturday, saw Haslam finish where he started despite losing a couple of positions on the opening lap. He finished thirteenth in Sunday’s Superpole race, crossing the line as the first Independent Kawasaki, before a technical issue forced a retirement a challenge for the top ten in the early stages sadly came to nothing.

The team now look ahead to round six of the series at Autodrom Most in the Czech Republic in a couple of weeks.

Leon Haslam:
“It was a tough weekend. We lack a little in acceleration and we struggled to stop the bike, but it was pleasing to salvage a points finish in the opening race after a mistake in the first part. The sprint race, we were the top privately entered Kawasaki which was nice but to end the weekend in the pits is never nice. I am taking the positives though. We were running in the top ten in Race 2 before the issue and this is the important thing.”

Lucio Pedercini:
“As ever, Leon gave it everything and showed once again that we have a bike that is able to score points. Unfortunately for us we had an issue on Sunday, otherwise I think we could have challenged for our best result of the season. We were in the points on Saturday and will now look forward to the Czech Republic.”