Solid WorldSBK Debut For Ryan Vickers In The Czech Republic 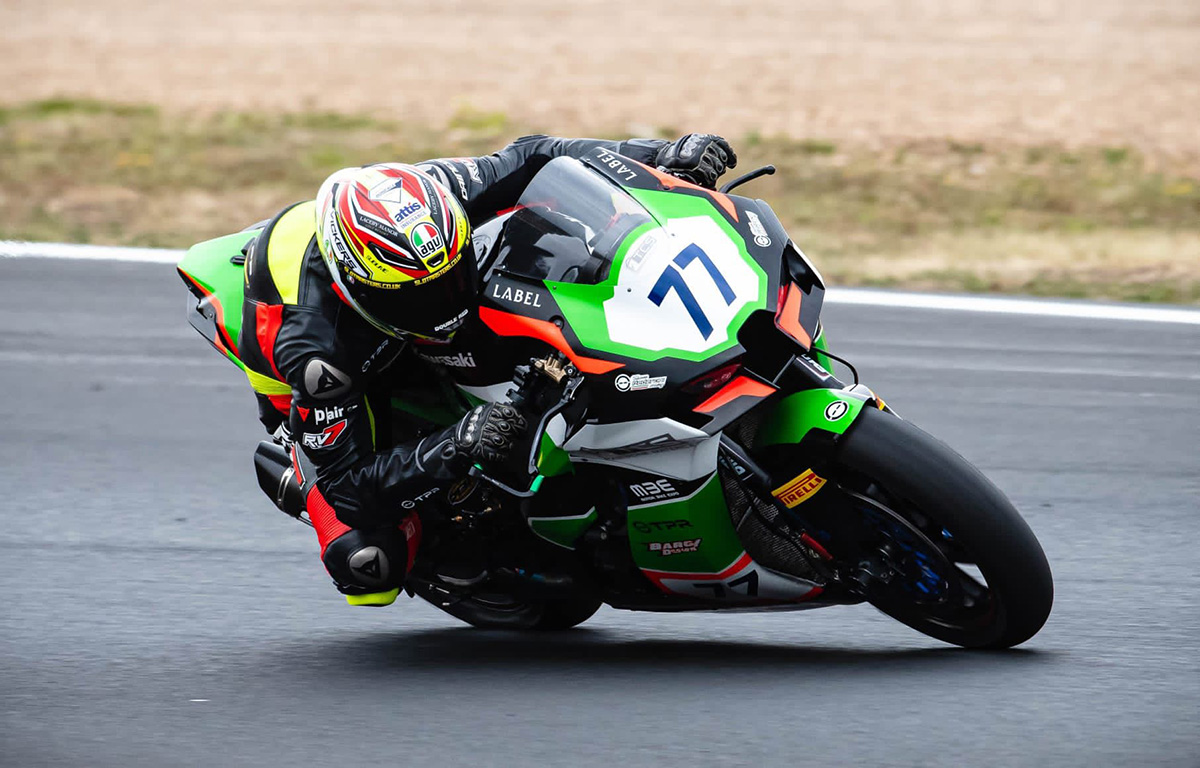 Ryan Vickers made his World Superbike debut with TPR Team Pedercini this weekend, achieving a best result of seventeenth in today’s second race at Autodrom Most in the Czech Republic.

A small crash early in the event didn’t prevent noticeable improvements throughout, with Ryan racing to twenty-third in Saturday’s opening race. Not finishing the Superpole ‘sprint’ race on Sunday morning after an early exit, the #77 was keen to end the weekend on a positive note, which he did, crossing the line well inside the top twenty at the flag.

There was a lot for the young British rider to learn, but the team are pleased with the way he conducted himself and thank him for his efforts at a circuit and on a bike that was completely new to him.

Ryan Vickers:
“It was a really enjoyable first day and I really enjoyed my first laps on a world superbike Kawasaki. It was a big change getting back onboard a Kawasaki and a Kawasaki that is a completely new spec to anything I have ever ridden before. The electronics too were new to me, but the team were great and really took their time to help me. I needed to ride in a completely different way, and it’s been great to be able to chat to Jonathan (Rea) to help me in this area. I had two silly little crashes but at the end of the weekend overall I adapted well. I went faster in most sessions and ended just two places from scoring a world championship point. I want to thank Lucio TPR Team Pedercini, they have been so welcoming and to Guim, and Johnny (Rea) and KRT for all of their help. It was also a lot of fun being on the paddock show and meeting so many fans. It’s been a great experience and I have loved it. I’ve learned a lot and I can hopefully put it into use again on the world stage in the future.“

Lucio Pedercini:
“Racing in WorldSBK is not easy. Ryan arrived on Thursday with a great attitude, and we were really impressed with the way that he conducted himself both on and on the track. He ended the weekend in P17, and I am sure he learned a lot. We wish him well on his return to BSB and will certainly watch his progress in the UK for the rest of the season.”