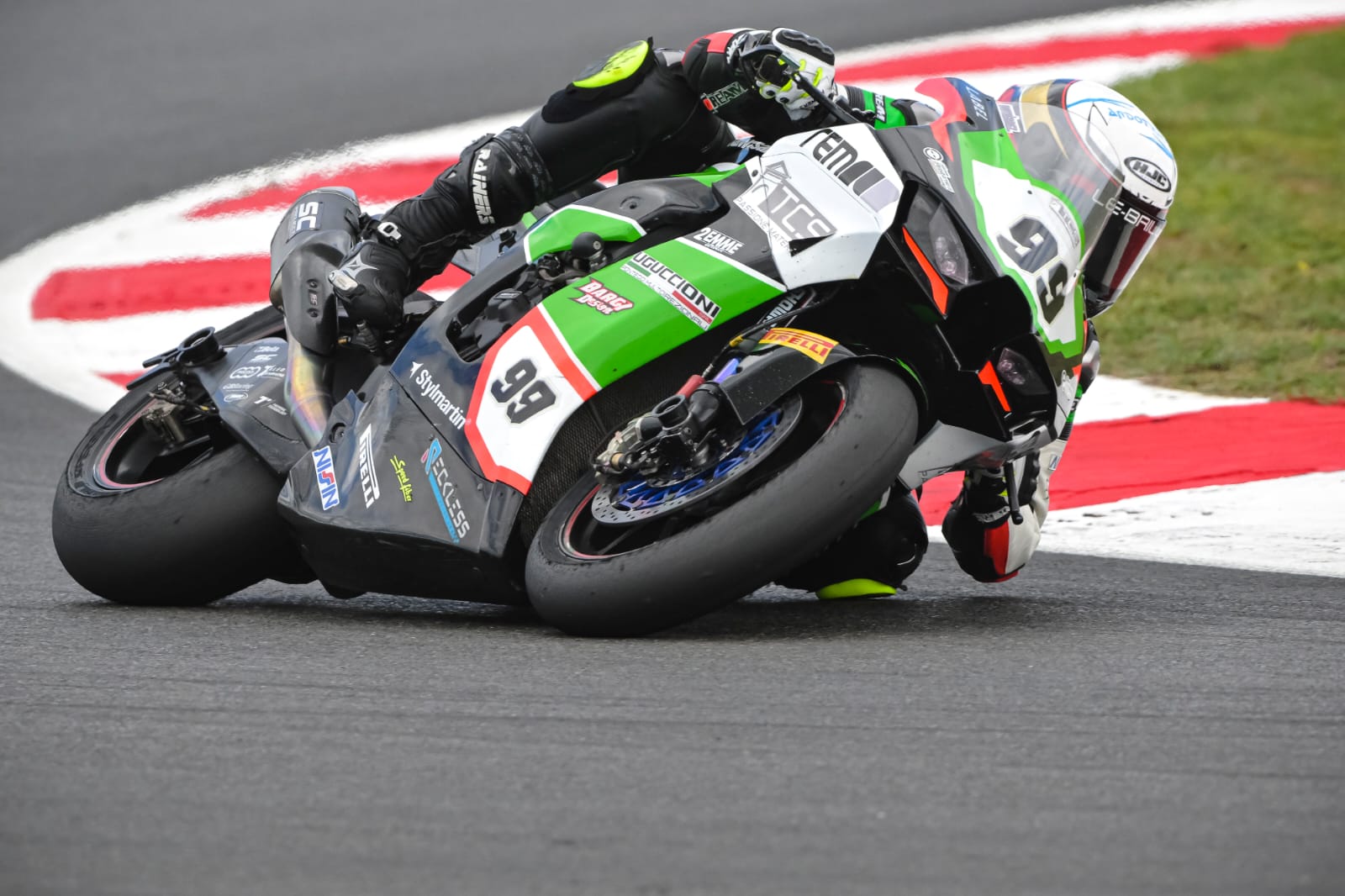 TPR Team Pedercini leave the seventh round of the FIM Superbike World Championship with three solid points finishes under their belts thanks to superbike debutant Oscar Gutierrez’s efforts at Magny-Cours.

Solid progress throughout the weekend, despite tricky conditions on Friday, Oscar secured a brace of finishes, gaining experience and narrowly missing a top fifteen finish in Sunday’s second race at the 2.7 mile French circuit.

The results ensure that the squad heads to the Catalan Round of the series, Oscar’s home race confident of further improvements, and it is hoped a challenge for the points.

Oscar Gutierrez:
“My first weekend in WorldSBK was enjoyable but it was difficult. After a tough Friday we made some changes for the race but it was still hard to understand the bike and it was my first time at the circuit so there was a lot to learn. We made some more changes for the Superpole race and I was able to fight with some guys and make a nice step. For Race 2 we made more changes and I have to say I was satisfied. It was a longer race and I was much faster and was close to the top fifteen. I made a small mistake and from then it was hard to come back to them. Overall I am happy with what I learned. I want to thank the team, they did a good job and we can look ahead with optimism to Catalunya.”

Lucio Pedercini:
“It was not the easiest weekend for Oscar. The weather on Friday was terrible and not what he needed as a rookie to WorldSBK and so Saturday was the first time he could properly ride in the dry conditions. He made a good job and made a really impressive step in the Superpole race and in Race 2 he made an even bigger step. I am sure in Barcelona we can be even faster and I am excited to see what we can do there!”