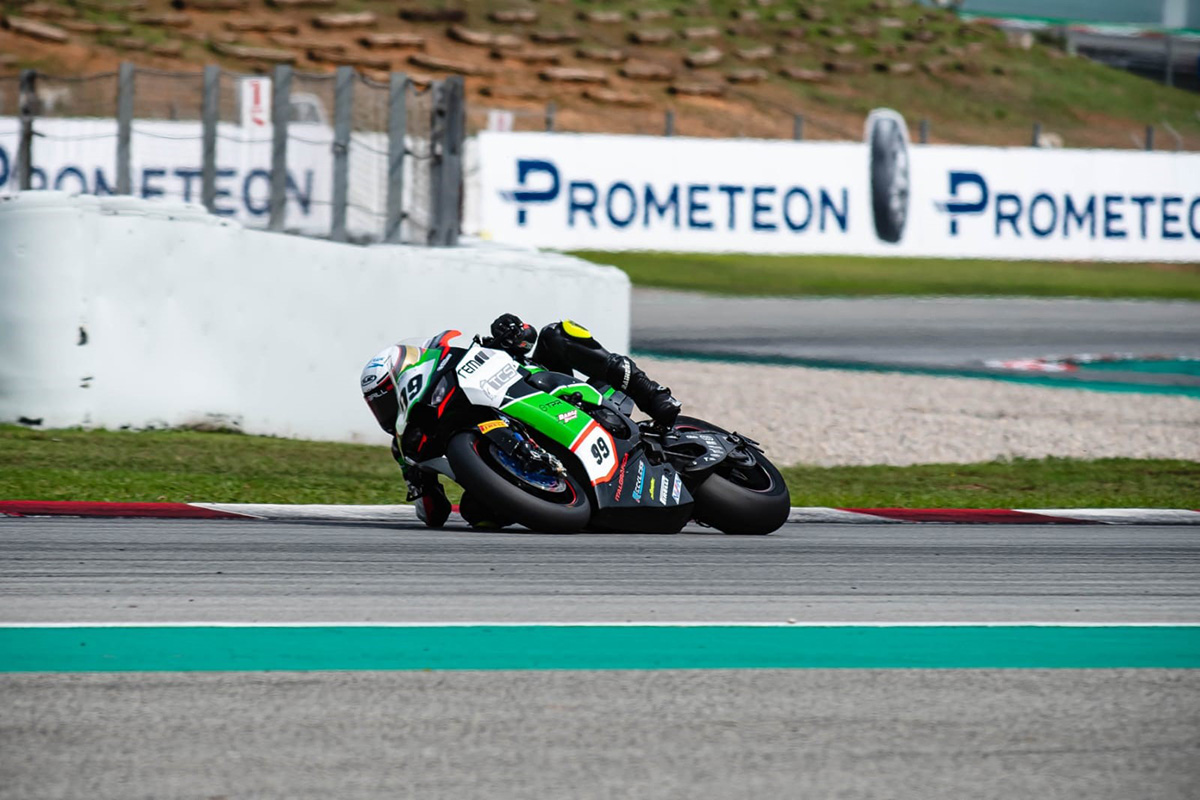 TPR Team Pedercini Racing had a solid #CatalanWorldSBK at the Circuit de Barcelona-Catalunya this weekend with their rider, Spain’s Oscar Gutierrez racing to P17, P18 in the weekend’s first two of three encounters. He unfortunately was forced to retire from Sunday’s second race due to a tyre issue.

Gutierrez, who joined the team for the French round of the FIM Superbike World Championship a fortnight again produced three solid rides, narrowly missing a maiden world championship point.

Involved in a multi-rider fight in Saturday’s opening encounter, the #99 was also in the mix on Sunday morning (the Tissot Superpole race), before retiring from Sunday afternoon’s second race.

The squad now switch their focus to the final European race of the season in Portimão in a fortnight, where Leon Haslam will return.

Oscar Gutierrez:
“Race 1 was pretty good. I made a good start and passed some riders before I had to avoid another rider. I lost almost three seconds and had to push hard to close the gap but, in the end, I destroyed the tyre. In the Superpole race I was doing a good race, but we had a problem with the front tyre, and I had no grip. In Race 2 I made another good start and close to the points, but I started to lose feeling again with the tyre and I felt like I would crash. I decided to stop because it was dangerous. It is a shame because I never had this feeling at any point but sometimes it is like this. I want to thank the team for a fantastic job here and in France. I enjoyed being with them a lot and learned so much. I wish them all the best for the rest of the season.”

Lucio Pedercini:
“We are happy with Oscar this weekend. He remained positive and worked in a very good way. He is a good rider, and we are sure with more experience he can do a really good job in WorldSBK. Both here and in France he was close to the point scoring positions which is not easy as the level in this championship is extremely high. I want to thank him for the focus he showed and want to say that we as a team are proud to have been able to give an opportunity once again to another young up and coming rider. We are looking forward to Portimão and to welcoming Leon (Haslam) back into our team.”