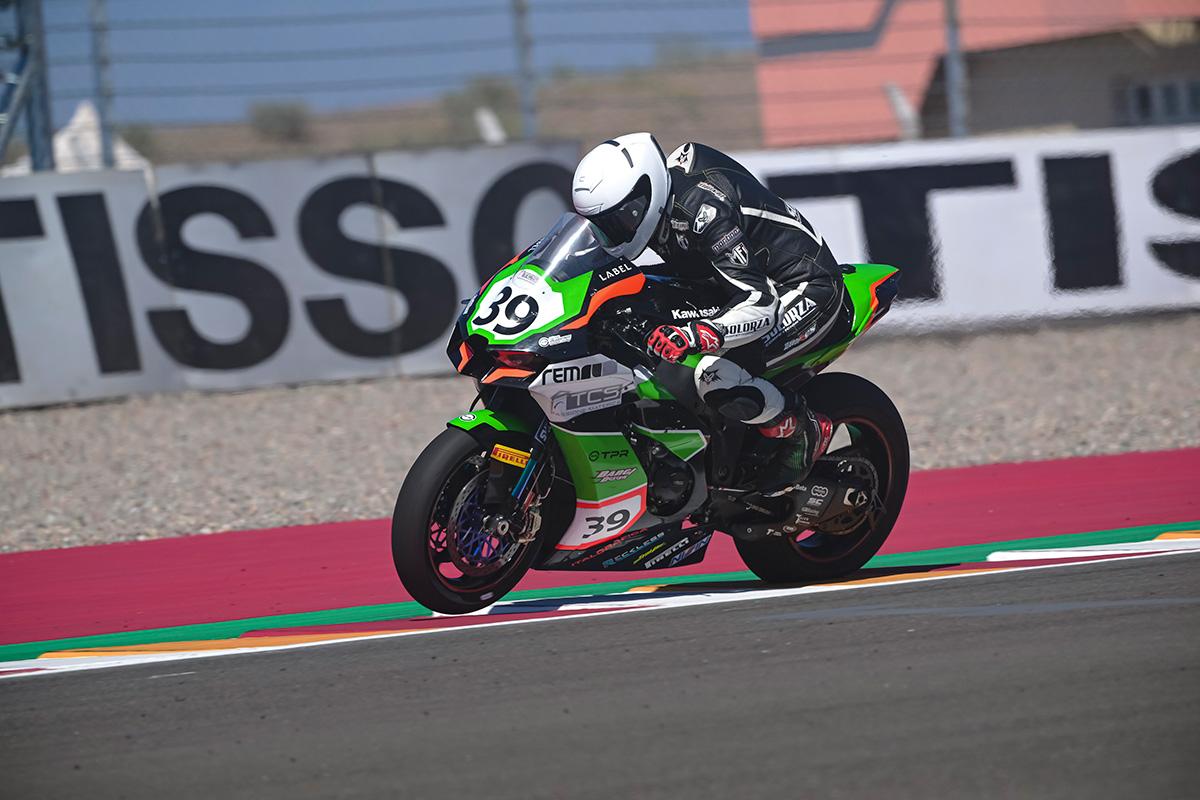 TPR Team Pedercini leave the Argentinean Round of the 2022 FIM Superbike World Championship with three solid finishes thank to the efforts of local rider Marco Solorza.

Solorza, who made his debut with the team a year ago, was once again back in the saddle, improving his own personal best lap time of the San Juan Villicum by over a second by the end of the weekend.

The team wishes to thank Marco for his efforts, for his professional attitude and now looks ahead to the final two rounds of the series in Indonesia and Australia.

Marco Solorza:
“The truth is I am very happy because we came to enjoy a weekend with the team and the best riders in the world. I am incredibly happy with how the weekend went. I’ve improved a lot on my times compared to last year. I want to especially thank my father and Lucio who gave me the opportunity to compete in a world championship race again. Finally, I want to send warm greetings to all the people who came to the race and to all the team’s mechanics for their work.”

Lucio Pedercini:
“We are happy to have been able to give the possibility to an Argentinean rider once again in San Juan. Marco gave his best and we were pleased to see the step he made compared to twelve months ago. The bike was consistent, and we had no technical issues which is encouraging for us as we head to Indonesia and Australia in a couple of weeks.”