Points and Race Lead for TPR Team Pedercini in Australia 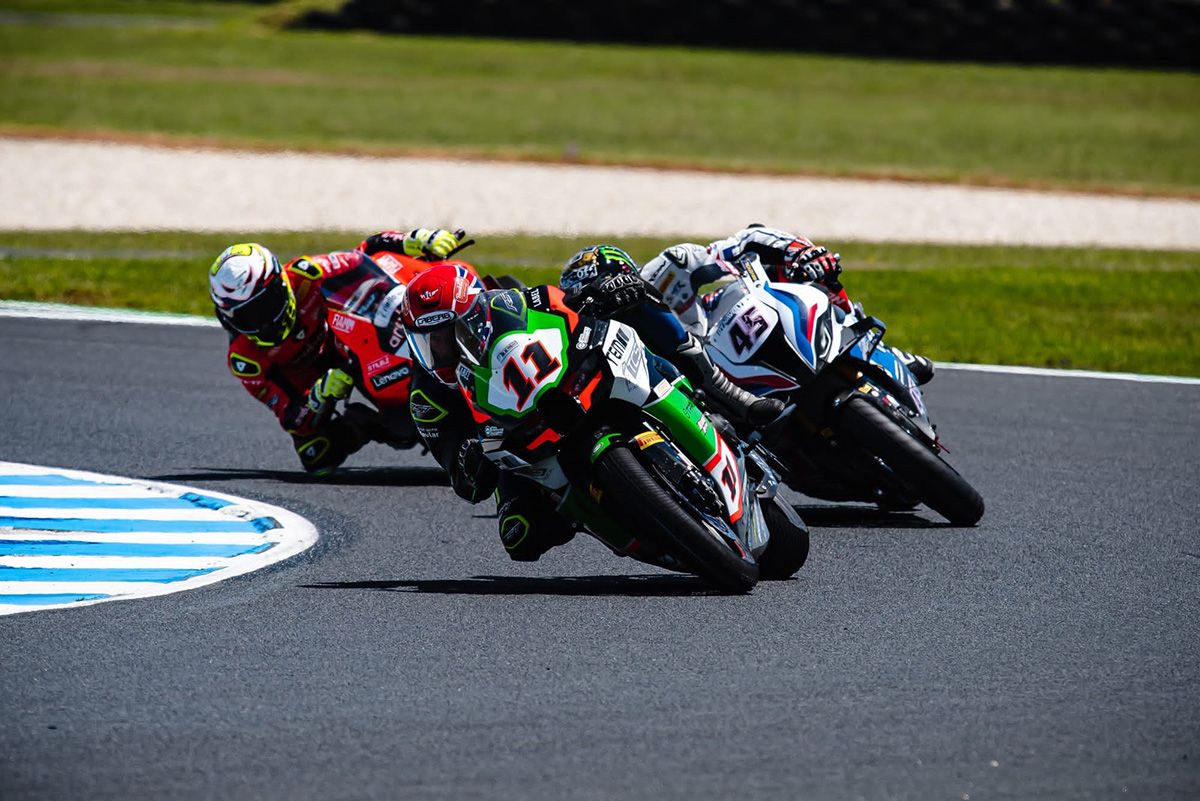 TPR Team Pedercini signed off from the 2022 FIM Superbike World Championship with a point scoring finish in the penultimate feature race of the season at Phillip Island in Australia.

Kyle Smith, who made his debut in the series at the Mandalika International Street circuit a week ago reveled in the mixed conditions on Saturday afternoon, gambling on a full wet set up to finish a more than respectable twelfth at the flag, securing his first ever WorldSBK points. In addition, Kyle led the race at one point, much to the elation of the team.

Sunday’s races were slightly more difficult but nevertheless Kyle dug deep to finish eighteenth in both the ‘sprint’ race and Race 2.

TPR Team Pedercini will now down tools for a few weeks as they prepare for an assault on the 2023 FIM Superbike World Championship. A rider announcement will be made in due course.

Kyle Smith:
“I was making really good progress in the wet but lap by lap the track dried out. In those conditions I would usually have been one of the first to pit for slick tyres, but I was having so much fun coming through the pack that I decided to stay out. I thought at least I would get on TV for a few laps. Towards the end I realised that we could still score points and I was just hoping that the tyre didn’t explode. We were hoping for more rain on Sunday as I knew my speed in the dry wasn’t fast enough, but it came too late. All in all, we finished the season in a good way and had some fun racing bikes and that’s what it’s all about.”

Lucio Pedercini:
“FP3 saw us set the eighth fastest time but we suffered a small issue in Superpole which left us further back on the grid than I expected. Race 1 was so much fun for us. We led the race and Kyle gave us our best result of the season. It’s too bad that the track dried so quickly as I think we could have easily been inside the top ten given Kyle’s pace. That aside we are delighted with the final result. In the Superpole race we went with a full wet set up and we were hoping for rain. The rain didn’t come and in Race 2 Kyle was unable to pick up the pace, which is understandable given how little time he has spent on the bike. We will now turn our attention to 2023 and make an announcement on our rider very soon.”